(ANEF) emerged out of the opportunity to connect with emerging Cuban artists exhibiting in ESTADO DE EXCEPCIÓN curated by Tania Bruguera for the 10th Havana Biennial in 2009. The exhibition focused on the work of artists working with social and political realities in Cuba. Over the two years that followed, ARTE NO ES FÁCIL developed into an effort to make art practices visible across heavily regulated borders between Cuba and the United States.

As the curators of ARTE NO ES FÁCIL, Marilyn Volkman and Dan Paz created and supported collaborative pairings of artists split between Chicago and Havana. They spent years translating interviews, writings, and email correspondence, alongside facilitating legal travel for artists to present work in each location. The project received support from the MacArthur Foundation to bring 12 of the 25 participating Cuban artists to the United States to work with their collaborators in person. By 2012, ANEF grew to include over 45 Cuban and North American participants, the work of whom was featured in Chicago during three months of exhibitions at Links Hall.

The project continued in 2013 with programming in Cuba addressing the capacity for artist-run projects to anticipate socio-political change. Then in 2015, ANEF partnered with Fábrica de Arte Cubano in Havana to host 3 exhibitions and a symposium entitled Art Present: Mapping Space that Could Return to Earth Again. Artists from Cuba, the U.S., Canada, Spain, the Netherlands, and Qatar presented their work during the Biennial. Participants were selected based on a commitment to reorganizing the structures of their own communities through art. 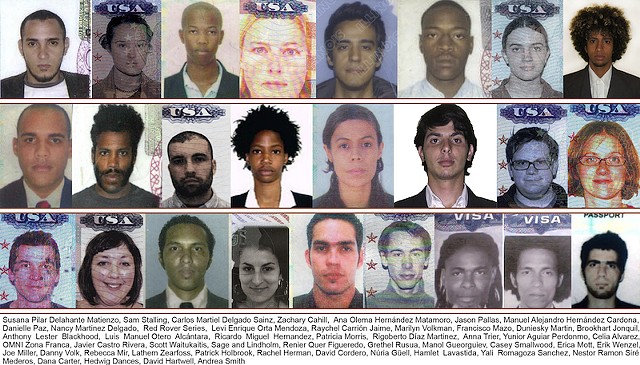 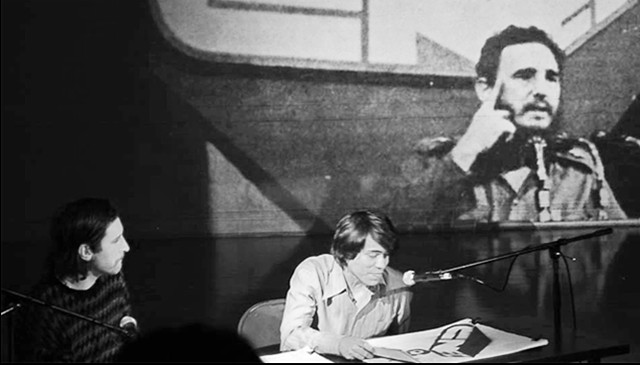 ARTE NO ES FÁCIL concluded in 2016. Its final document will be a chronicle of art made in pivotal historic moments leading up to the temporary efforts toward the "normalization" of US-Cuban relations during US President Barack Obama's second term in office. ANEF incorporates the voices of over 80 transnational cultural producers.

Over the course of the project, participating artists visited the Cuba and the United States to create work and reside in artists’ homes. What the residency meant to each of us was varied and complex. Apart from the history, apart from producing exhibitions and wading through a bureaucratic swamp to obtain visas, we ultimately maintained our belief in the importance of personal intimacy as a means of understanding how US-Cuban relations could be shaped through efforts of art.

CHICAGO EXHIBITIONS - 2012 Together with participating Chicago and Havana artists, we planned nine nights of exhibitions at the Chicago nonprofit Links Hall, and applied for visas supporting 12 Cuban artists to come to the United States. Traveling artists were jointly determined based on the requirements of their work and the reality of whether or not the US and Cuban governments would grant a visa. A group of Chicago artists were also selected to go to Cuba under the General License implemented by President Obama in support of “people-to-people connections made through academic, cultural and religious exchanges.”