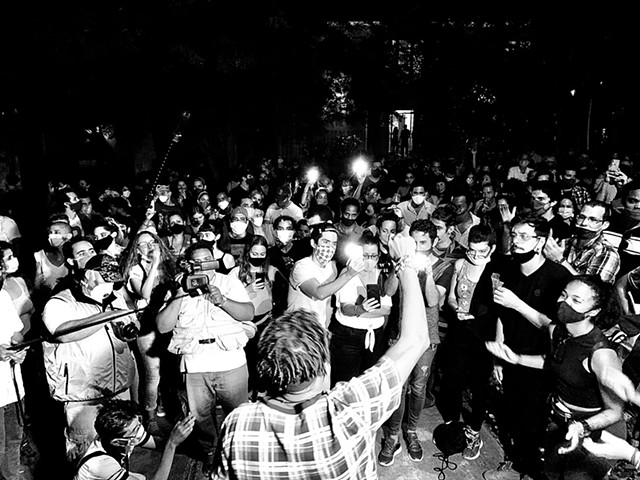 My current research investigates the critical moment in Cuba when the government, through Decree 349, has declared the legal authority to 'decide' who can and cannot make art, precipitating one of the most vigorous protest movements seen on the island since the 1959 Revolution. Written into law in 2018, 349 has criminalized cultural activity that lacks approval from the Cuban state, inflicting penalties that range from taxation to harassment and arrest. In the wake of this controversial decree, the research documents, contextualizes and analyzes the political and intellectual climates leading up to the crisis, and follows the narratives of Cuban artists who developed their artistic practices through this historic period. Punctuated by the recent protest movements and defined by the perpetual dangers/privileges/precarities of engaging in 'official' and/or 'unofficial' artistic discourses in Cuba, the research brings together artists whose work functions as an index of critical investigations, alternative proposals, and symptomatic expressions of shifts in civil liberties in the face of spectacular changes in Cuban cultural politics from 2009 to the present. Cuba’s state-run media meanwhile has taken to framing such non-conforming, dissident and/or politically active artists as counter-revolutionaries and mercenaries sent to intervene in Cuban politics by external governments. Through primary sources, fieldwork, and in-depth interviews with artists, journalists, and scholars, the research is aimed at reformulating dominant narratives of Cuban art, and covering this critically underexposed topic at a crucial moment—one where the outcome of the recent protests is still uncertain and the effect of the crisis as a whole on the future of Cuban art is unknown. 27N facebook page

27N is a community of artists and intellectuals that was born on November 27, 2020, as a result of a peaceful demonstration in front of the Ministry of Culture to make demands related to freedom of expression and the end of the repressive escalation.